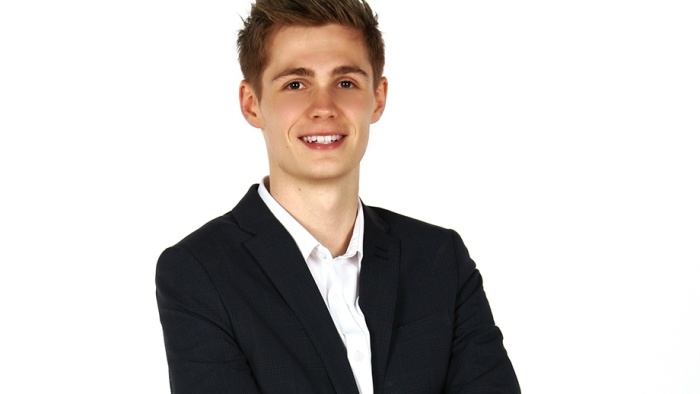 He informs me he’s playing five-a-side every Tuesday night, and has been doing so for the past month.

As you will recall, Jonty twisted the Anterior Cruciate Ligament of his right knee in a tackle during a game playing for his radio station’s team two years ago.

This resulted in surgery, a long recovery period and arguably, a wariness about playing sport that could remain with him for life.

But it’s still great to know he’s back playing football – albeit in five-a-side.

How does a football club manager deal with injury – when it’s his own?

Meet Richard Ibbs, 32, who is in charge of AC Milton.

Now it’s not as if he’s got access to the medical support and physiotherapy enjoyed by the likes of David Beckham, but that’s no reflection on his dedication to his club.

Rich sustained his injury whilst helping out his men.

“Basically didn’t have enough players to start the game with, we only had ten players so I decided to help the lads out and actually play,” he explained.

“So during the course of the game I was passing the ball with my left foot and a defender came through my standing right knee – and as they’ve taken it straight through, that’s literally thrown me in the air and snapped my patellar tendon.”

He wasn’t prepared for the pain!

“It felt like somebody had literally blown my leg off. It felt like I’d stood on a landmine or something like that – that’s the only thing that I could imagine it would feel like. The whole of the bottom of my leg felt like it was hanging off.”

After a disagreement with the referee about exactly how he was to leave the pitch, he ended-up having to be “manhandled” off by his team members, then taken to hospital.

Initially Rich thought he’d “just sprained something” but ended up undergoing surgery to replace his kneecap and stitch back his tendon, because there was a five-to-six centimetre gap between the ends of it.

He’ll be in a leg splint for four weeks, then in a brace with restricted movement for six more – and that’s before he even starts physio on the leg.

“If I was a tradesman, you’d be talking 10 weeks off work. Because I do have an office-based job, hopefully, I can possibly even start work from home maybe in four weeks, but it’s going to be quite a substantial amount of time off work.”

In the short-term, those 10 weeks will compromise pre-season training, and in the long-term, Rich has to come to terms with some very harsh realities.

Rich has taken his side to Sunday Coors Premier League from the Third Division.

He’s keen stress his club is a work-in-progress – ” a group of friends who are trying to evolve a community football team that everybody can be proud of”.

I’ve got a hunch that no injury’s going to get in the way of this goal.

ACL (Anterior Cruciate Ligament) Injury is common among footballers – and can bring with it a frustratingly-long recovery period.

In April I spoke to Jonty Sargent – a football-mad sports presenter at Signal Radio forced to the side-lines by an injury sustained in a tackle during a Signal 1derers game in August 2014.

A catch-up revealed he no longer needs his crutches – but, in terms of regaining his confidence, it’s very early days indeed.

In May, surgeons cut a section off his hamstring and used that to replace two of the cruciate ligaments in his knee.

So he can do run-of-the-mill stuff which we mostly take for granted like using the stairs and walking the dog. He continues his “rehab” with twice-weekly physio sessions, and yes, he can now run and use the leg press at the gym.

So, I asked, were they ever times he thought things would never return to normal?

Jonty replied: “Well that’s the thing, to be fair I don’t think it ever will. In reality it’s always going to be that thing at the back of your mind…

“With playing football I’m unsure of whether or not I’ll really play again if not for a few months minimum at least. But I’ll never have a normal attitude to sport and running about.

And he knows he’s in good company.

“I ‘spose you get this with a lot of injuries – especially footballers and stuff – if you get a bad tackle and then, if you see that player again, or even walking back on to the pitch, you’re going to be so wary of it. 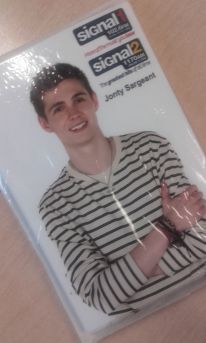 “And you see, in particular with footballers, that they’re never quite the player they were.”

However, he’s still involved with his passion via his work at Signal.

“When people who don’t quite make it as footballers (go into) radio and TV and media, I mean some people can go into the coaching and management, that’s the closest thing you can get to it which is quite good and I enjoy my job.

“I do miss football – in particular the big charity games that we get invited to play in and I can’t play in them, it’s really disheartening, but like I say being close to the sport in my job is something that I enjoy.”

Meanwhile he’s getting light-hearted advice on what exercise he can take from players like Jermaine Jenas – and, as evident in the video below, he’s sufficiently recovered to play Mini Ping Pong with Chris Iwulemo!

Imagine a situation where injury or illness stopped you doing the one thing you really love not once – but twice. 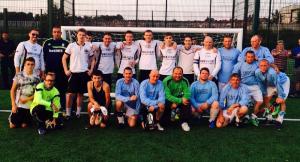 Jonty Sargent, a station producer and sports presenter for Signal Radio, has been football-mad since childhood.

From the age of 12, he was side-lined by illness over a six-year period, but still had to sit and watch his friends play.

And an accident last summer meant Jonty was “off games” again.

He twisted the Anterior Cruciate Ligament of his right knee playing for his station’s team, the Signal 1derers.

Now 22, he admits: “It was my own fault really! In jumping over a tackle and switching my balance mid-air and landing extremely awkwardly on my right foot, which threw out my cruciate.

“The worst part was – I’m quite a joker on the pitch anyway, especially for Signal, it’s mainly to have a laugh with people and businesses across the area – and then I went down. Nobody believed me!”

The injury was serious enough.

Jonty sustained it in August 2014 but is looking at getting back on the pitch in November, by which time he will have undergone two operations and a course of intensive physiotherapy.

Admittedly he’s finding the current situation incredibly frustrating – as he remembers how illness robbed him the opportunity to play football as a youngster.

“I used to play at various clubs – and even if you were ill, you were always made to go and watch the game in fully-fledged tracksuit, you’d go along with the squad and I’m just the worst watcher of football.

“It’s a case of ‘Oh, I would’ve scored that, I would have made a different decision’.

“It’s just terrible, terrible – watching the football when you experience something that you love doing that you’re so passionate about, day in day out, it’s completely incomparable to any role in any jobs that I can think of, and for me it was literally horrendously heart-breaking.”

Jonty must have felt a tremendous sense of deja vu when his ACL injury (very common amongst footballers but more of that in the future) once again made him into a convalescent.

A keen festival-goer, he’s quick to add that he just knew it would impact on areas other than football: “The thought, when you first do it, was – holidays, you’re not going to be able to do the events we do for Signal.

“And you’re going to miss out on summer, and you’re trying to make plans for the summer, festivals and stuff. I can’t really jump around at festivals!

“And then you’re thinking of other people, you don’t want to hinder them, or if I’m on crutches, you’re not going to go on muddy fields and stuff”.

We’ll be seeing Jonty back in action on the pitch one day, that’s for sure.

And one thing the injury hasn’t blighted is his talent as a broadcaster.

Have a listen to his presenter showreel here: https://soundcloud.com/jontyofficial/jonty-sargeant-presenter-reel-2015

This guy’s a trend-setter – not least when it comes to fractures – so what can I learn from him?

David Beckham broke his second metatarsal in action against Deportivo La Coruna in April 2002 – 51 days before the World Cup.

Before then the condition was more commonly known as “broken foot” in conversation – apparently the very word “metatarsal” wasn’t really used outside of medical circles. So Becks put this injury on the map!

England’s chances rested on his recovery – with Sun readers being invited to “bless” a life-sized picture of his foot (recognise that need for control again? I’m not the only one LOL)

The story even made headlines in Argentina and Sweden, two of England’s first group opponents.

The required recovery followed – with Beckham going on to score a winning penalty spot in the group stages in Japan.

How can I emulate this greatness? Good God the man’s so bloody perfect even his recovery is world class standard!

Now I’m certainly not expecting readers of the Sun to pray for my foot any time soon.

But one reason for Beckham’s speedy recovery is that the second metatarsal can mend more effectively due to the splint-like action of the bones either side of it.

Apparently the fifth one takes longer to heal, being on the outside of the foot.

Obviously this revelation during my research was hardly welcome – but then I can console myself that I’m not a world class footballer.

But part of me wonders – despite the best endeavours of the NHS, I’m hardly going to be receiving the same level of medical attention and physiotherapy (not least because I can’t afford it!), so how is this going to impact on my recovery?

Wayne Rooney fractured the base of his fourth metatarsal before recovering in time for the 2006 World Cup.

Maybe a deadline is the incentive?

Could that work for me too?

Now it’s just a question of finding one.